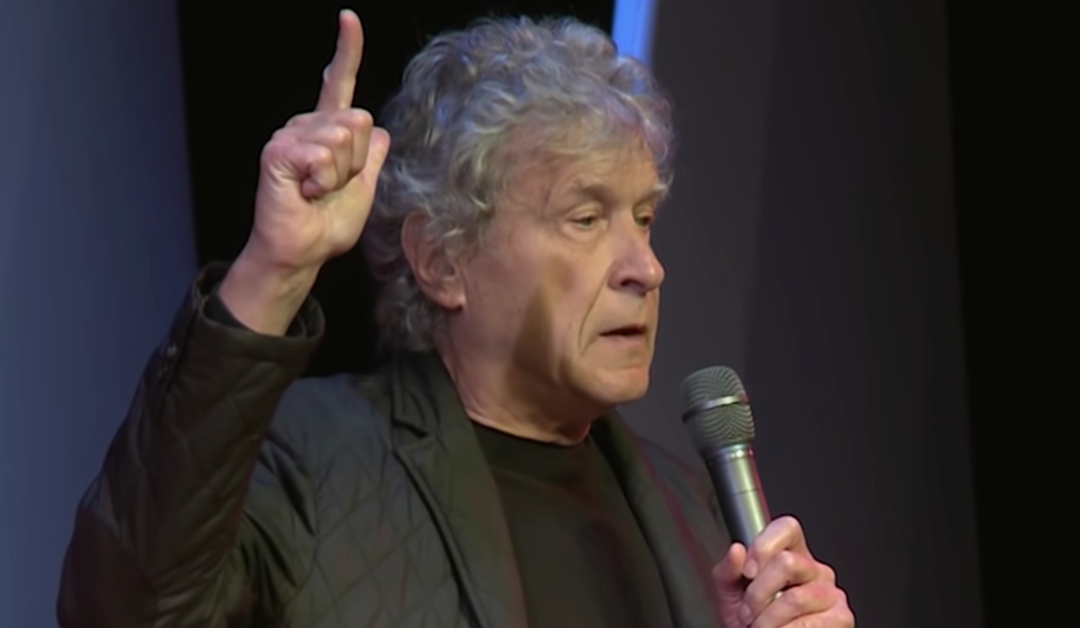 From a Global Death Economy to an Ecological Civilization

John B. Cobb, Jr. and the other Living Earth Movement Leadership Team of Bonnie Tarwater and Ignacio Castuera  invite you to joins us for an extraordinary special presentation with John Perkins on Thursday, October 27 from 1:00 to 2:15pm PDT  The title of his presentation is From a Global Death Economy to an Ecological Civilization.

Please join us for this exceptional opportunity to gain a much better understanding of major global developments that affect every aspect of our lives! 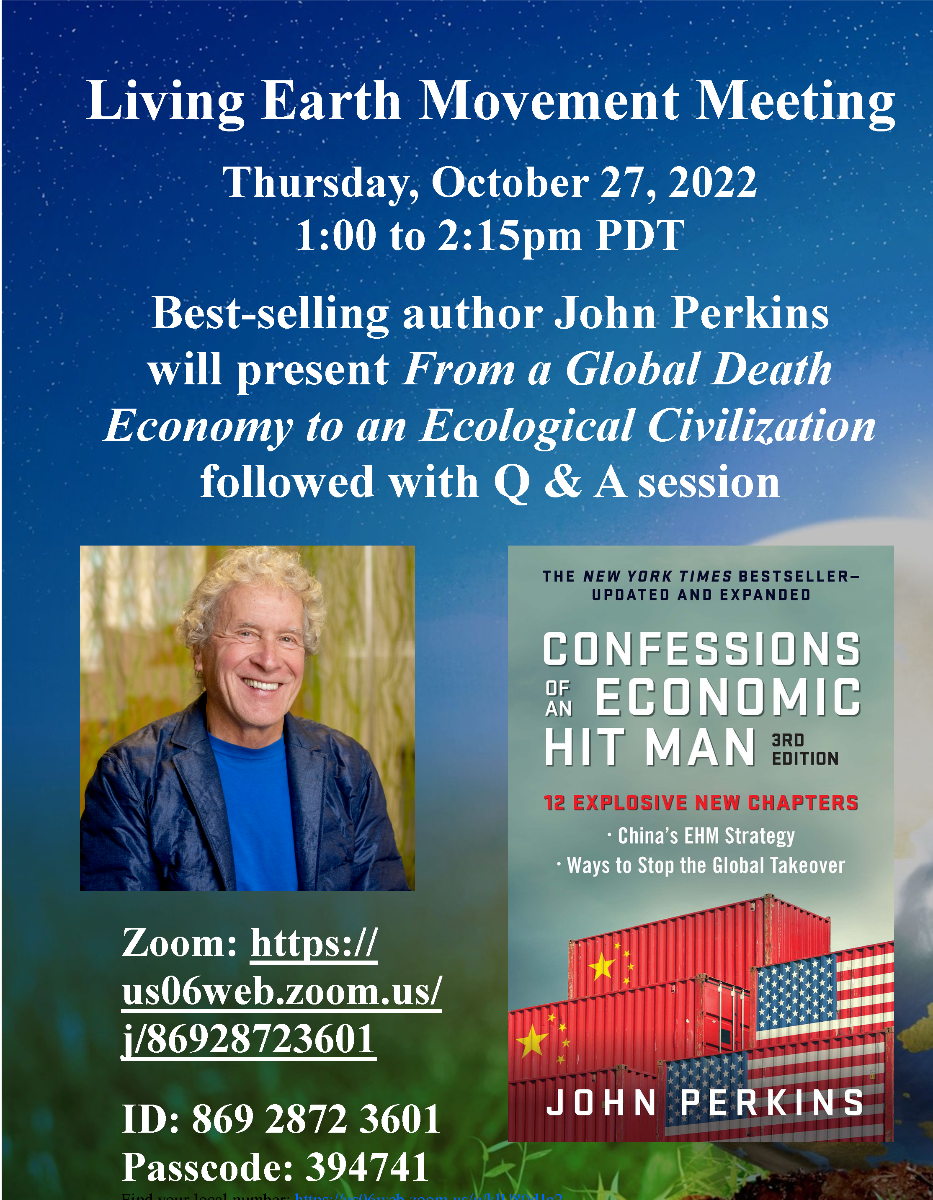 We also invite you to save the date November 16 for the China Town Hall event the Living earth Movement is partnering with the National Committee on U.S.-China Relations that promotes understanding and cooperation between the United States and Greater China in the belief that sound and productive Sino-American relations serve vital American and world interests. Advance information is provided at the bottom of this newsletter

Thank you for your participation in and support of the Living Earth Movement!

Back Jacket Text from John Perkins Next Book Now Available for preorder on Amazon https://www.amazon.com/Confessions-Economic-Hit-Man-3rd/dp/1523001895/

How do we stop the unrelenting evolution of the Economic Hit Man Strategy?

The riveting third edition of this New York Times bestseller blows the whistle on China’s EHM strategy, exposes corruption on an international scale, and offers much-needed solutions for curing the global Death Economy.

In this shocking exposé former economic hit man (EHM) John Perkins gives an insider view into the corrupt system that cheats and strong-arms countries around the globe out of trillions of dollars.

A third EHM wave is infecting the world and at the peak of the devastation sits China with its modified version of the U.S. EHM strategy. This new model has proven even more dangerous and successful at enticing lower-income nations into its claws. However, all is not lost. Perkins provides a source of hope for transforming the Death Economy into a Life Economy and inspires readers to participate in a new era of global cooperation.

Praise for his books:

“John Perkins’s books have helped me better understand: Why have so many resource-rich countries in the developing world remained steadfastly poor?” – Sting

“An eye-opening exposé of global corruption . . . fascinating story of adventure and intrigue.” –Riane Eisler, author of The Chalice and the Blade

“Perkins probed the dark depths of global oligarchy . . . reads like a page-turning novel.”—Marci Shimoff, author of Chicken Soup for the Woman’s Soul

“Perkins has, once again, made a substantial contribution to a world that needs to open its eyes to the true sources of political, social and economic power.”—Yanis Varoufakis, former Minister of Finance, Greece

“This riveting look at a world of intrigue reads like a spy novel . . . Highly recommended.”—Library Journal

“Tapped into a larger vein of discontent and mistrust [toward] corporations, large lending institutions and the government.” —The New York Times

John Perkins has written eleven books that have been on the New York Times bestseller list for more than seventy weeks and translated into over thirty languages. As a former chief economist, he advised the World Bank, United Nations, Fortune 500 corporations, and governments around the world. 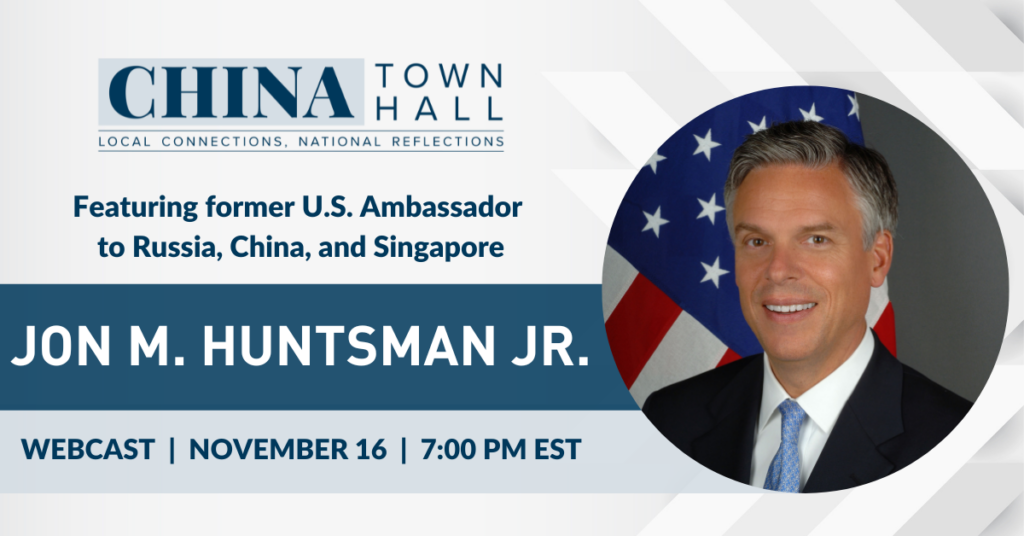 CHINA Town Hall connects leading China experts with Americans around the country for a national conversation on the implications of China’s rise on U.S.-China relations and its impact on our towns, states, and nation. The National Committee is proud to partner with a range of institutions and community groups, colleges and universities, trade and business associations, and world affairs councils to bring this important national conversation to local communities around America for the 16th consecutive year.

We are delighted to announce that the 2022 CHINA Town Hall program will be held on Wednesday, November 16, at 7:00 p.m. EST, and will feature former U.S. ambassador to Russia, China, and Singapore, Jon M. Huntsman Jr.

Living Earth Movement will produce a related event through our participation as a partner for this program. Details will be provided in the next few days.